Everyone is seeking for new technology to make next-gen electric motor: 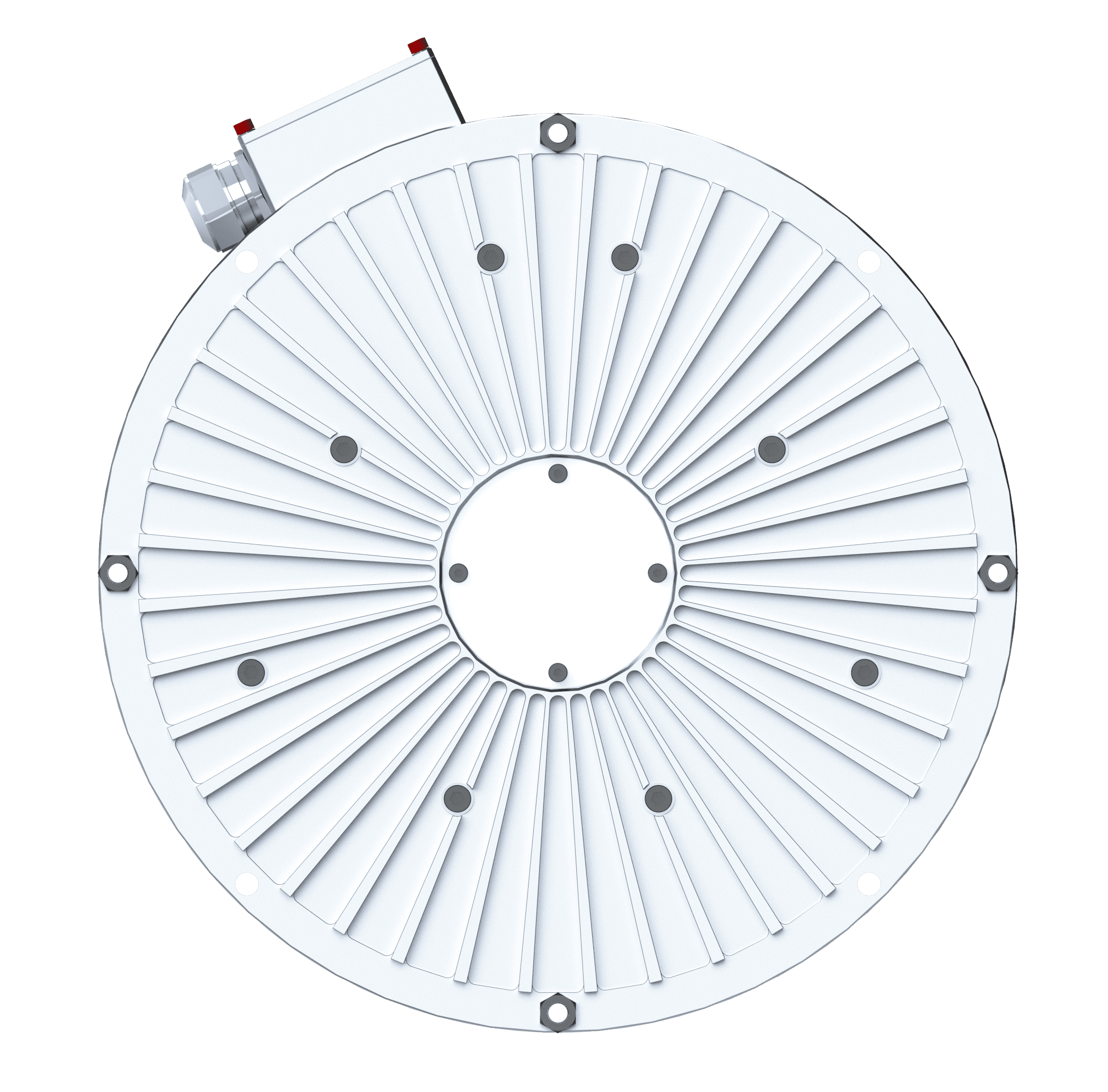 Let us consider a general case in which a moving charge
dq
is submitted to an Electromagnetic Field (E, B ) 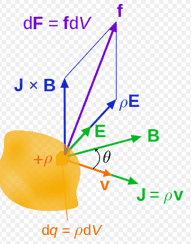 This is the (E, B) force acting on the moving part per unit volume

In any case of a Cylindrical Electric Machine (either radial or axial topology), the force depends only on the interaction between the magnetic field produced by the rotor and the stator.

Influence of the geometry

Influence of the rotor shape on the torque

The geometrical variation generates a higher torque for an axial-flux machine than a radial one, in other words, for a given required torque, we can use less magnets and less windings for the axial-flux machine as the magnetic pressure can be diminished.

The real meaning of this formula:

For a given Torque, if we slightly adapt the axial motor flux, the overall volume and the mass of the final machine will be less than a radial-flux-one, even in cases where radial flux machine were considered better!

The real Interest of an axial-Flux Machine lies in the fact that its torque produced requires less magnetic volume than a radial-flux machine. The mass of the machine will be lower in most applications! The other global parameter to consider is the centrifugal effect: experimental background and studies show that the range speeds of an axial-flux machine is about 15,000 rpm for a diameter of 300 mm.

Global system must be analyzed in order to achieve this improvement, but it worth it! Indeed, implementing an axial flux machine over a radial one requires some adjustements, however the outcomes are significants: the global mass, the global volume and the global cost of the system will be dramatically reduced. 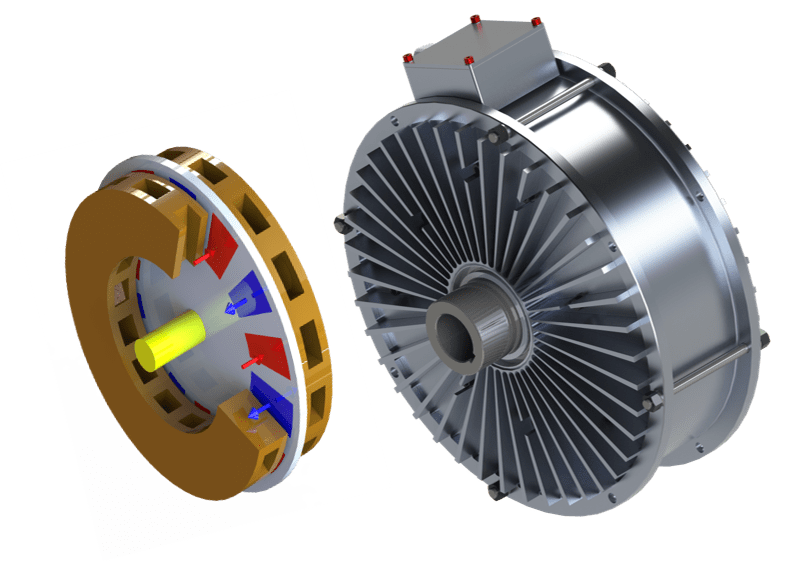 Axial Flux Motor: Why So Late?

Despite the benefits on axial flow, radial flux motor actually occupies 99% of market share. Axial flow is a challenge to accomplish. 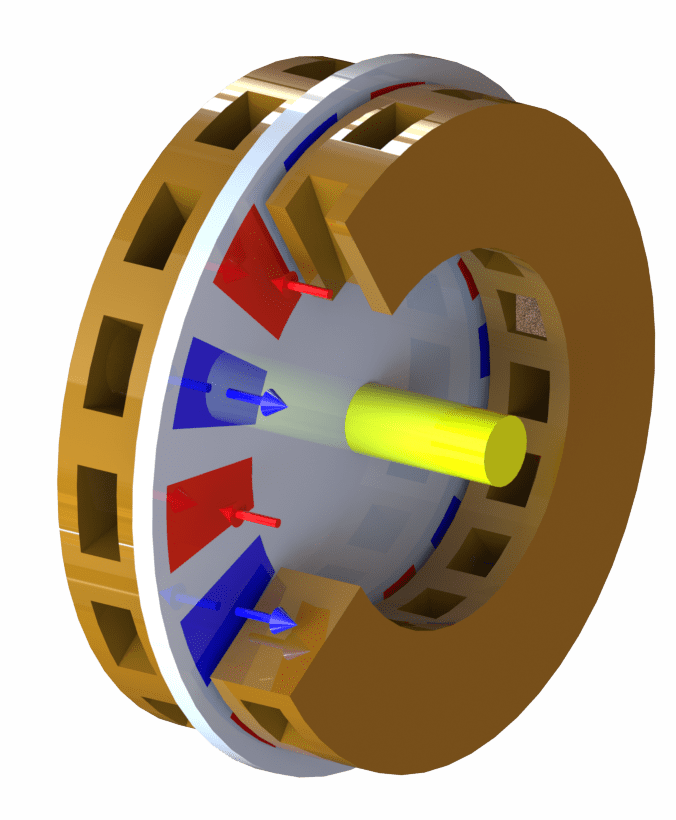 Demand on mechanical strength of incorporated magnets can be high

Cooling system complex and expensive, Magnet can be demagnetized

Non-optimized stator is difficult to manufacture at high rate on production line.

You have a project?

This website uses cookies to improve your experience while you navigate through the website. Out of these cookies, the cookies that are categorized as necessary are stored on your browser as they are as essential for the working of basic functionalities of the website. We also use third-party cookies that help us analyze and understand how you use this website. These cookies will be stored in your browser only with your consent. You also have the option to opt-out of these cookies. But opting out of some of these cookies may have an effect on your browsing experience.
Necessary Always Enabled
Necessary cookies are absolutely essential for the website to function properly. This category only includes cookies that ensures basic functionalities and security features of the website. These cookies do not store any personal information.
Non-necessary
Any cookies that may not be particularly necessary for the website to function and is used specifically to collect user personal data via analytics, ads, other embedded contents are termed as non-necessary cookies. It is mandatory to procure user consent prior to running these cookies on your website.
SAVE & ACCEPT